Recently, the Shandong Provincial Government issued the "Notice on the Relevant Issues concerning the Division of Environmental Protection Tax Revenue".

From January 1, 2018, the province's environmental protection tax revenue was allocated to Shandong Province and local finances in proportions of 30% and 70%.

According to industry insiders, with the central government no longer participating in the division, the motivation of the local government to govern the environment has been further stimulated. At the same time, the days of tire companies may be even worse. 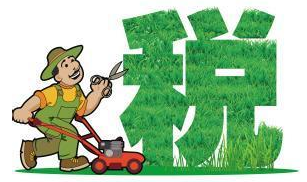 A high-level tire company stated that although it was not yet enough to pay the first environmental tax, they had already considered the issue of environmental taxes when they were doing the 2018 budget.

As a major province of tire manufacturing, Shandong Province complied with the principle of â€œtax and expense shiftsâ€ for atmospheric pollutants, that is, shifting the original pollutant discharge fee standard to the applicable tax amount.

It is reported that this has little effect on the burden of tire companies in Shandong Province.

In addition to atmospheric pollution, water contaminants can also be produced during the production of tires.

It is reported that after taxes were changed, Shandong Province increased the applicable tax amount, and the burden on enterprises increased.

Tire World Network found that in the provinces under the principle of "tax-negative translation," most of the taxation standards have been properly raised compared with the previous standards for sewage charges.

The increase in environmental protection costs may further increase the production costs of tire companies.

These costs will ultimately be reflected in the tire price.

It is understood that in mid-January 2018, the foreign trade quotation of some tire products has exceeded the highest quotation in 2017, and there is also a vaguely rising trend.

For some foreign traders, the increase in the cost of environmental protection is one of the main incentives for tire prices.

In order to encourage enterprises to reduce emissions, the environmental tax set a tax cut policy.

For some tire companies that attach importance to environmental protection and reduce emissions, the green tax brings good news.

On the contrary, some companies that have not done well in this area need to implement facilities for governance and return as soon as possible to environmental protection â€œdebtsâ€ previously owed.

Compared with sewage charges, the rigid role of environmental taxes has been strengthened, the collection mechanism has been more perfected, and the illegal costs of enterprises have been significantly increased.

According to regulations, if it is determined that the company evades taxes, the tax authorities may recover the taxes and late fees that the company does not pay or pay less, and impose a fine of more than 50% and 5 times the corresponding tax.

If a crime is constituted, the tax-defying company will also be held criminally liable.

This has created a deterrent effect on the situation where enterprises' sewage charges are falsely reported, reportedly rejected, and refused to pay.

In the event that the risk of tax rejection is too high and the â€œhigh-qualityâ€ emission companies receive tax breaks, many tire companies have started to upgrade their environmental protection facilities.

This is a big investment for tire companies.

In addition, environmental taxes, as local revenue, can greatly mobilize local enthusiasm and the tightening of law enforcement is the common view of many people in the industry.

At present, the tire industry in Shandong is undergoing a major reshuffle. Some companies with operational problems are forced to withdraw from the market one after another.

Environmental restrictions have forced a group of tires and related companies to withdraw from competition.

From this perspective, the collection of environmental taxes has accelerated the reshuffle of the tire industry.

The Smoker pot comes with amazing features that sets it apart and can be used in any kind of household, either indoor or outdoor. It has three modes: cold smoking, hot smoking, hot and cold smoking. The smoker pot adds wonderful smoking flavor to many types of food: meats, cheeses, veggies, bacon, chicken, steaks, pork, hot dogs, sausages, and more. It is made of stainless steel which is safe and durable. 1,100-watt Heating Element for even, consistent smoking. Equipped with wood chips box, fat pan, cooking grill and grill holder. It's straight forward to set up and use.